We were warned that it would be cold on the climb up on the Grand Col Ferret, but after a string of pleasant weather, we weren’t prepared for just how cold it would be!

Heading off at 8:15am it became evident that there had been a light sprinkling of snow overnight. The temperature was probably around 5 deg, not including the wind chill! The temperature continued to drop the higher we climbed and we were still in the morning shadow of the valley. We arrived at Rifugio Elena, about halfway up our ascent of Grand Col Ferret and it was a welcomed sight as it gave us much needed respite from the cold. It also gave us a chance to defrost and add every layer of clothing to our bodies we were carrying. Oh, and did we mention that both of us were wearing shorts?

Due to the icy conditions, it was planned not to spend too much time standing around and getting cold at the Grand Col Ferret, instead we would descend and take refuge at another Rifugio for a late lunch. The Grand Col Ferret is also the boarder between Italy and Switzerland! Goodbye Italy! Hello Switzerland! On the descent, we were now sheltered from the cold wind and the sun was shining, so eventually we slowly de-layered. We sat out and basked in the sun in Switzerland and enjoyed our lunch.

Arriving in La Fouly at the end of the day’s walk, it was quite noticeable the change in the style of housing, not to mention the green hills and everything else that makes Switzerland! After a short rest we were then transferred to Champex for the evening and also where we will start tomorrow’s walk. Our trip skips around 15km, or a short stage of the Tour du Mont Blanc, mainly due to a very easy and also boring stage with a lot of it walking on roads along the valley floor. Another ribbing awaits no doubt for not entirely completing the full circuit! 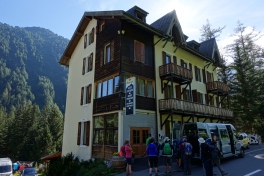 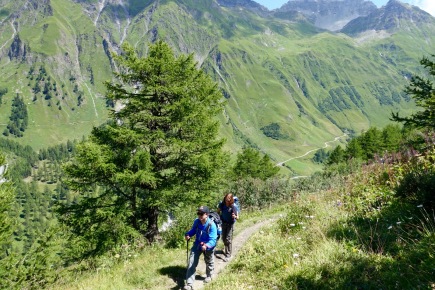 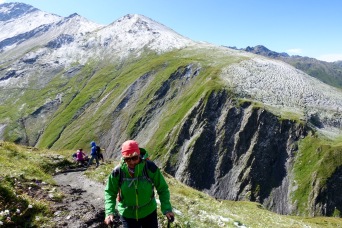 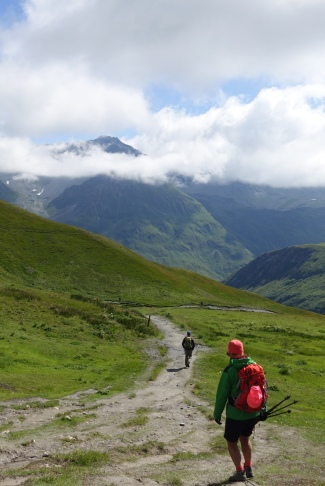 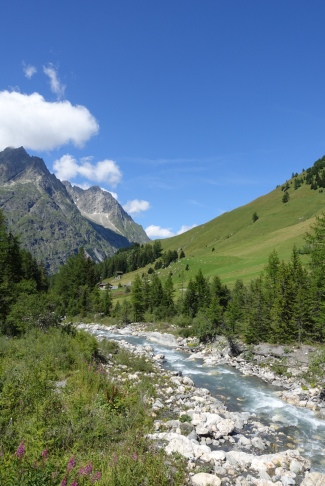 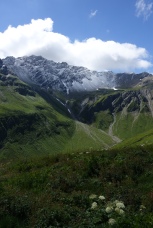 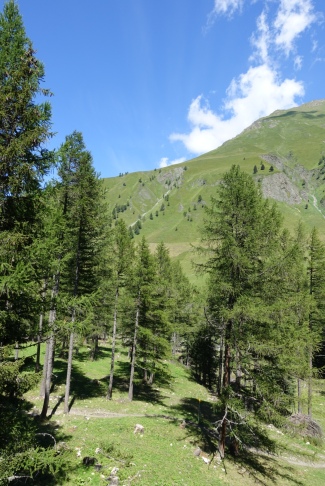 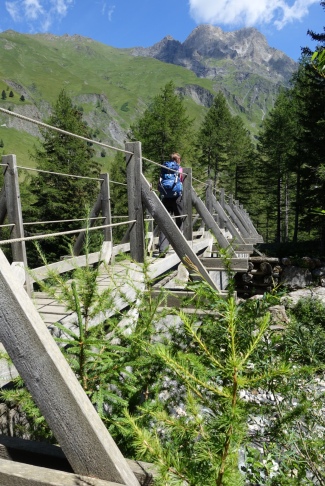 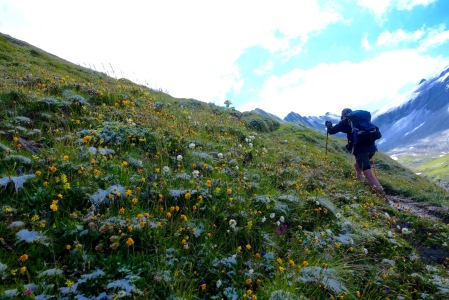 Leave a Reply to Jenny And Dave Cancel reply